The project presented in 2009 for the Design competition for the architectural and artistic requalification of Piazza Verdi – La Spezia and realised together with architect and curator Frank Boehm also suggests a relationship with the place, by proposing the realisation of a square-fountain, ideally connected to the seaside and adorned with mosaic tiles that remind the Futurist works of Fillia and Enrico Prampolini, placed inside the tower of the postal service building, realised by architect Angiolo Mozzoni between 1930 and 1933. A place aiming to create a connection among spaces, times and meanings, from the Palace to the sea, through the stories of the kids and people who would have rested here under the orange trees.

The fact that we want to underline here is the presence of the fountain, an architectural element that is typical of the public and monumental space. In Vitone’s work the fountain and the water that flows into it become almost autobiographical themes, considering the connection with Genova, the native city of the artist, an emotional bond that Vitone evoked also in a previous project, Stundàiu (Palazzo delle Esposizioni, Rome, 2000) in which he placed at the end of the exhibition a fountain filled with water in order to recreate the smell of the sea to be reached through a crêuza, a typical narrow road in Genova that goes down to the seaside. While the water of the fountain-square in La Spezia would have reached the seaside through an ideal underground path, as described in the project report, flowing under the surface of a memory that is made of music, existences, voices, recordings that reveal the life and history hidden in the land where we walk every day and that the artist, as an archaeologist, had evoked on other occasions occasioni (Lo trauc, Galleria Esca, Nîmes, 1996; Bùs (vuoto di memoria), Castel San Pietro Terme, Bologna 1997; Feuilles, Accademia di Francia, Villa Medici, Rome 1999; Hole, PS1, New York, 2000). 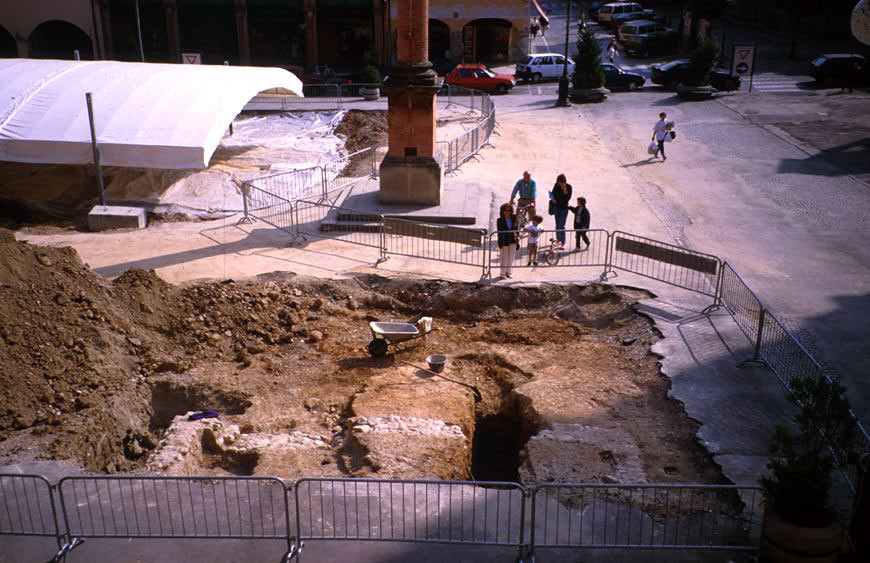 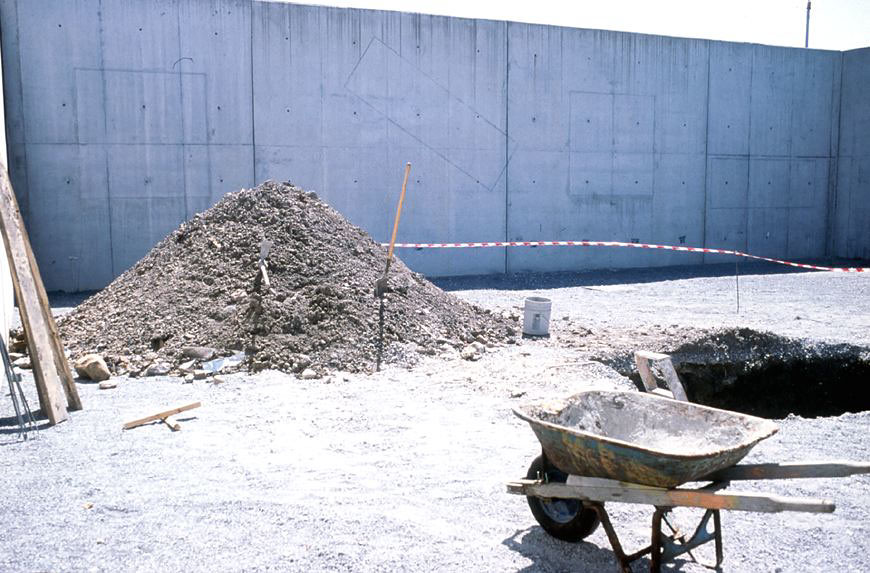