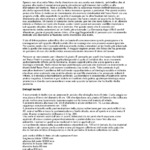 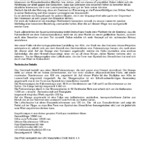 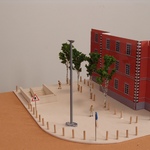 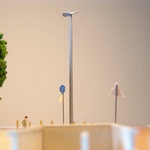 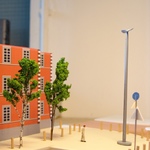 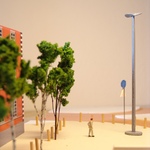 The two following projects, starting from the Monumento dedicato ai disertori del nazismo planned in 2009 for the city of Cologne, are characterized by a strong commemorative commitment.

Also in this project, beyond the clear connection with history, we can see an attention to places and their representation, one of the most important themes of the artist’s work. Vitone, who has lived and worked in Germany, meditates from a political point of view on the ambiguity of act of desertion, that acquires a heroic connotation in relation to the history of Nazism. The monument that he projects is made of a flagpole of about 12 – with a flag on top of it decorated with the symbol of infinity – placed on an iron base with the map of Cologne on it.

It’s a kind of traditional project for a memorial monument, that could seem unusual for the artist work, but that Vitone had already approached, even if from a critical point of view, in works such as Souvenir d'Italie (Galerie Michel Rein, Parigi, 2010), exhibition in which he realises a gravestone to the “future memory” with the names of the 962 P2 members, that he would then amplify in the following project in Bologna, Souvenir d'Italie (lumiere) in 2013, where he added the Masonic symbology: in Bologna, the triangle, the eye and the rays taken from the polytheistic and monotheistic religions and then adopted by the Masons; in Cologne, the symbol of infinity as opposed to the uncertainty of direction and intensity of the wind. 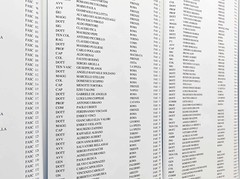 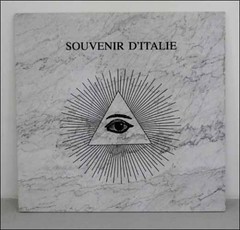 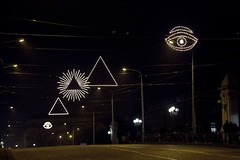